As students arrived to school on Monday morning, they were surprised with a newly-transformed classroom decorated in all things football! 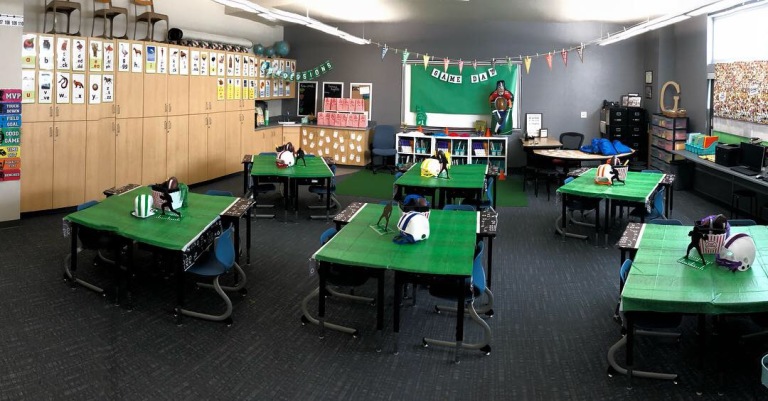 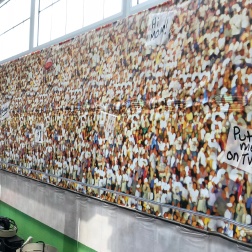 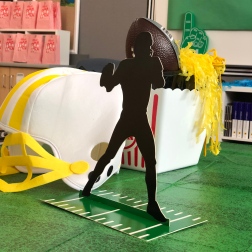 To kickoff the week, students were drafted onto different colored teams. As they walked in the classroom doors, they were handed an Official GFL Draft Card. Students scratched off the card beneath the document camera to reveal which team they had been placed on. The anticipation filled the room with lots of excitement and cheer!

Throughout the week, we read the story, Game Day, by NFL superstars, Tiki and Ronde Barber. In the book, two twin brothers learn lessons of perseverance and teamwork. We used this story for many learning activities throughout the week.

Students were also introduced to the concept of main idea and details. Table groups were given drawstring bags with several items inside. The items represented details. As a team, students were given the task to use their given details to create a main idea statement. Having been curious about the bags all week long, students had a blast opening them up to reveal what was inside. Finally, teams presented their main idea statements to the whole class. 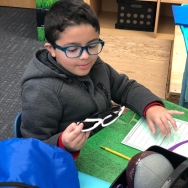 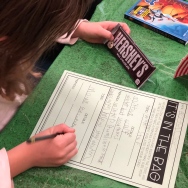 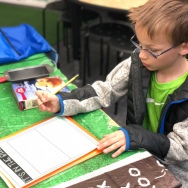 Connecting this activity to the week’s read-aloud, we discussed and recorded the details and main idea of the story, Game Day. Many students agreed that the authors wanted us to take away the importance of working together.

At the end of the week, students were tested on their vocabulary and comprehension of the story. Students were asked multiple-choice questions. Teams worked together to choose their answer. Assigned quarterbacks at each team had to find the correct lettered-football at their table and race over to pitch their ball through an inflatable target. Teams with correct answers moved up on our class football field. The first team to make it to the end-zone was the winner!

To reinforce students’ addition practice, our class also participated in a “Concessions Math Game”. Each team was given a popcorn tub full of addition cards. Teams would reach in, grab an addition fact to solve, and use popcorn kernels as manipulatives to help them solve the problem. Assigned quarterbacks would then run over to place their team’s card in the correct labeled answer popcorn bag. At the end of the game, we tallied up all correct answers to reveal the game winner. 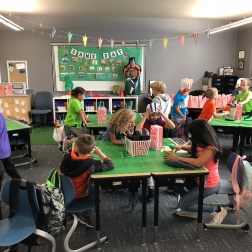 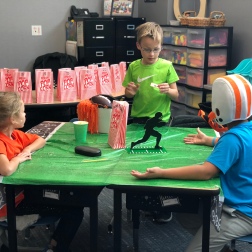 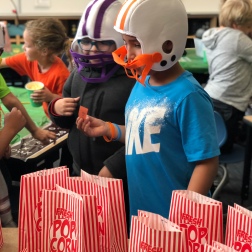 As you can imagine, this week led to lots of popcorn, quarterbacks, and energy flying around the room! But students’ smiles and excitement to learn made it all worth it. My favorite comment of the week was a student exiting the classroom saying, “I really enjoyed that, Miss Gamboa. Can’t wait to see what we are doing tomorrow!”